I've spent most of the day updating different systems of mine. One of the main things I updated was reinstalling Debian. I also added new links on the blog, downloaded screenshots from my consoles, and uninstalled some apps from my phone. The last thing I did was switched my Tails USB to a smaller storage device.

For reinstalling Debian things went smoothly this time. Originally, I was going to try making a switch to PureOS, but I had forgotten that my WiFi drivers are non-free software. I could have made it work, but it would have defeated the purpose. When reviewing the Desktop Environments, I decided to stick with Gnome still, as I could tell it had grown to a point of comfort for me (I go to the top left corner of the screen even in Windows now). I've reinstalled most of the programs I was using before, so I'm back to normal. Now I have an extra 100GB to toy around with for for files and programs (YAY no more “you have 250MB remaining messages).

As far as the blog goes, I've added Contact, Tags, and Subscribe links. I also added a new icon that shows up in the browser! Yay Trans Pride! I was looking around and saw that remark.as is in the works as a comment system. I may end up enabling it whenever it comes around. But in the meantime, I wanted to let people know they can reach out to me about anything I chat about (are we playing the same games? Do you have some pointers for me about privacy stuff? Want to just chat?). I will be limiting it to just Mastodon for the time being. Tags have also been added as a quick way to search for blogs about common subjects. It's a pretty bare bones page at the moment, but it functions for the tags I feel are most common. I'm thinking it may get scrapped for a glitch.me page that will function as an archive, but until then, I wanted to have something available. Now there is a consistent Subscribe link on the page. Before you would have to scroll to the very bottom of the home page to subscribe. Now there's an easier way to access the e-mail subscription service.

I've been wanting to take more screenshots from the games I'm playing, so I started using snap.as to make galleries. I already have one for a few of my Dark Souls 3 images. Here's probably my favorite from the bunch: 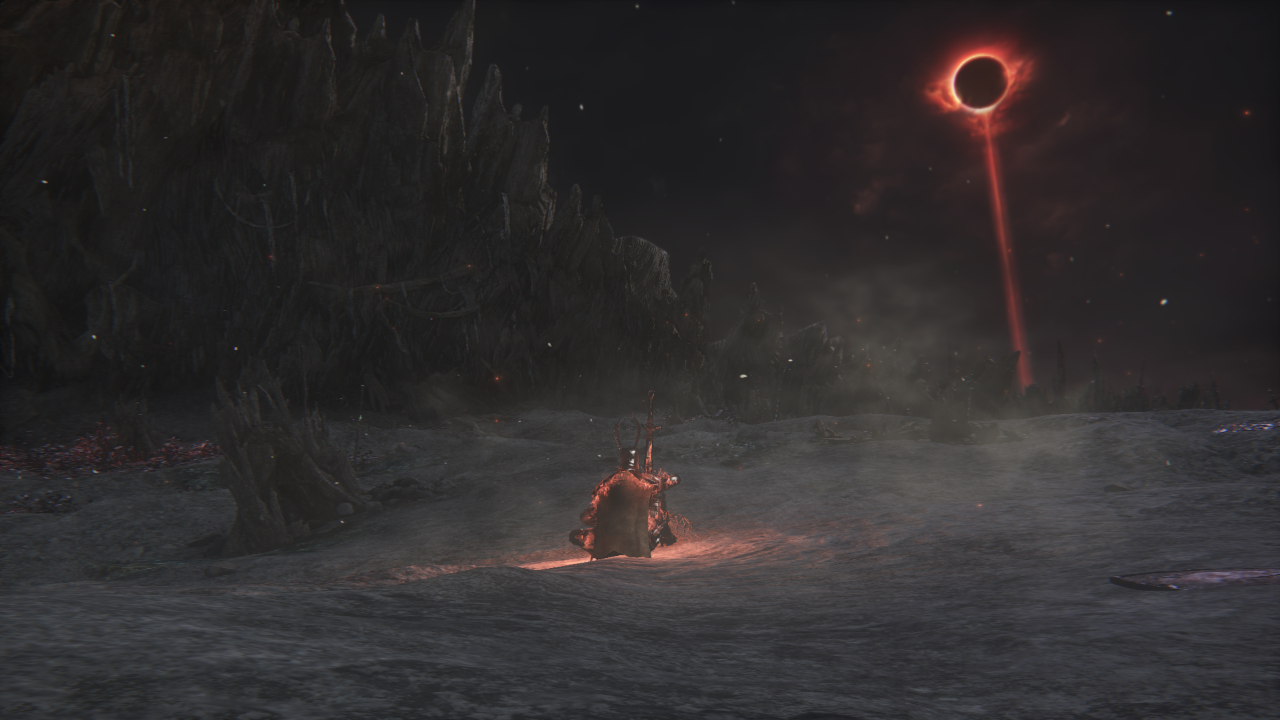 Lastly, and least exciting, I uninstalled several apps I do not use on my phone. Though useful, I feel I should be using them to justify their space on my phone. Knowing a bit more with security, it's good to trim down to lower your attack surface.